Can Infini’s Radiofrequency Treatment Give You Perfect, Smooth Skin? 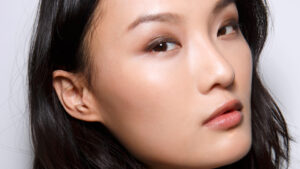 One of the year’s biggest makeup trends? Not wearing any at all. Thanks to the famously makeup-free Alicia Keys, the #nomakeupmovement has inspired an army of A-list celebs to walk the red carpet barefaced. It’s sparked a wave of think pieces on what makeup means to the modern girl and, of course, confidence-celebrating hashtags galore. But here’s what nobody is talking about: It takes a lot of work for skin that looks good naked.

Which is why when we see pictures of celebs glowing while makeup-free, it’s likely that they’ve called on the latest technology to trigger glow-inducing collagen long before the selfies have been posted. And according to the American Academy of Facial Plastic and Reconstructive Surgery (AAFPRS), a new technology that’s primed to tighten skin, shrink the appearance of pores, erase acne scars is yielding the most buzz is, oddly enough, radiofrequency. 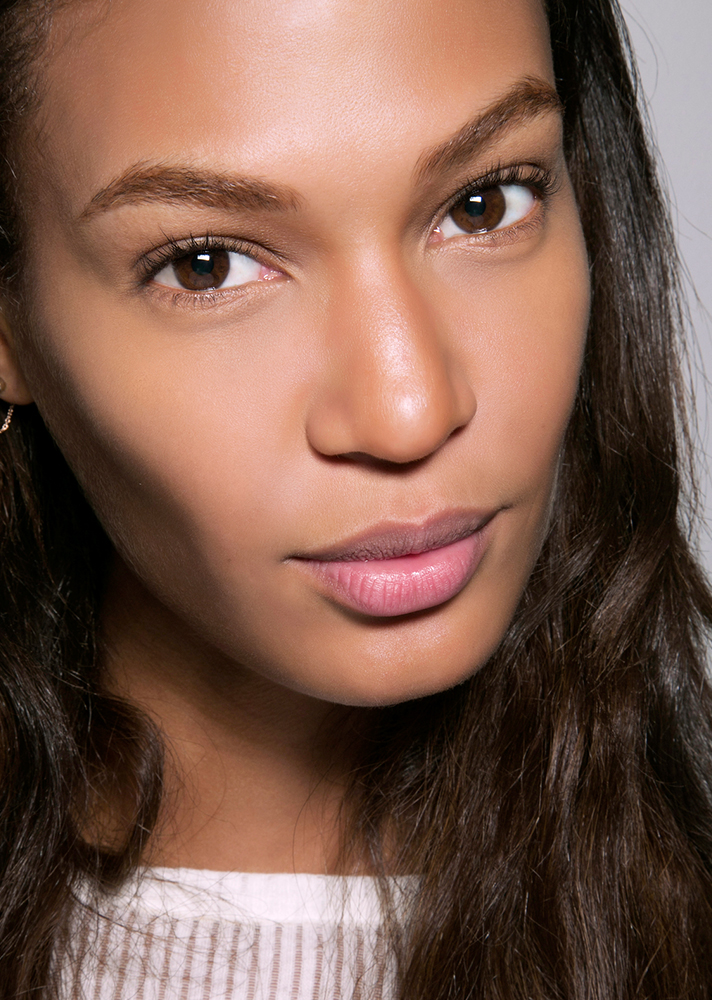 I know, radiofrequency doesn’t exactly sound groundbreaking — after all, it’s been used in doctors’ offices for more than 70 years. More recently, it’s been called on to tighten skin via devices that hover over its surface to heat the tissue deep inside, though results were unpredictable (and could sometimes lead to hyperpigmentation and burning). “Previous RF technologies frequently missed the therapeutic mark with there being difficulty in delivering sufficient radiofrequency energy to the dermis or at the right level in the skin to produce tightening,” notes Dr. Fred Fedok, facial plastic surgeon and President of the AAFPRS.

But with next-gen treatments like Infini—which is safe for all skin tones—it’s the way the radiofrequency energy is delivered that makes the technology so promising: By sending RF energy into the skin via the tiny tips of insulated microneedles, tissue in deep layers of the skin are heated to the precise point required to stimulate collagen production and contraction. This means your skin sees a surge vibrancy and looks markedly tighter, sans highlighter or contour. “The reports have been encouraging,” Fedok says. “In addition the surface of the skin can be spared resulting in faster recover and lessened downtime.”

Dr. Annie Chiu, a Los Angeles-area dermatologist and dermatology staff member at Cedars-Sinai Medical Center thinks of the treatment as a more advanced version of microneedling. “It’s like the difference between physical and chemical exfoliation. Microneedling introduces new collagen through that trauma of little tiny needles, but Infini amplifies that trauma with heat,” she says.

Microneedling 2.0? Skin tightening without the guesswork? Count me in—literally: My appointment started with some major numbing—both with topical cream and blocking injections. About an hour later, Chiu gets to work, jutting a cluster of 40 teeny needles three millimeters deep into my skin. Now, that may not seem like much, but considering that traditional microneedling treatments tap out at one millimeter, it’s pretty intense.

With each punch of the needles, the device emits a double click, like a stapler and I feel a bit of pressure on my skin with each click, which is to be expected. But a few minutes in, that sensation mounts. In some parts of my face, despite being numbed to smithereens, the needling downright hurts. The effect is far from the light scratching sensation I felt with regular microneedling, but Chiu reminds me that this depth of penetration is needed to sufficiently heat the tissue and get such stellar results. Thoughts of Alicia Keys’ perfect, bare skin give me strength as I tough out the remaining minutes in the chair. And it does become more bearable: As the 20-minute treatment wears on, Chiu dials down the depth to two and a half millimeters, then just to two in her second and third passes. It hurts less, but at this point, I’m a little jumpy, having developed a Pavlovian anticipation to the click-click sound that accompanies each touch of the wand.

Another truth bomb: Though the roughly $1200-per-session treatment is marketed as a little-to-no downtime and some claims that skin returns to normal after 24-36 hours, I learn that it’s all relative. Do I need to post up in a secluded bungalow for two weeks like a post-surgical Liz Taylor? Not exactly. But the back-to-work-the-next-day treatment isn’t exactly so seamless. Sure, I could have attended meetings the next morning, but people (myself included) would have certainly been distracted by my puffy, red face flooded with tiny marks and topped off with a touch of bruising. Fun! 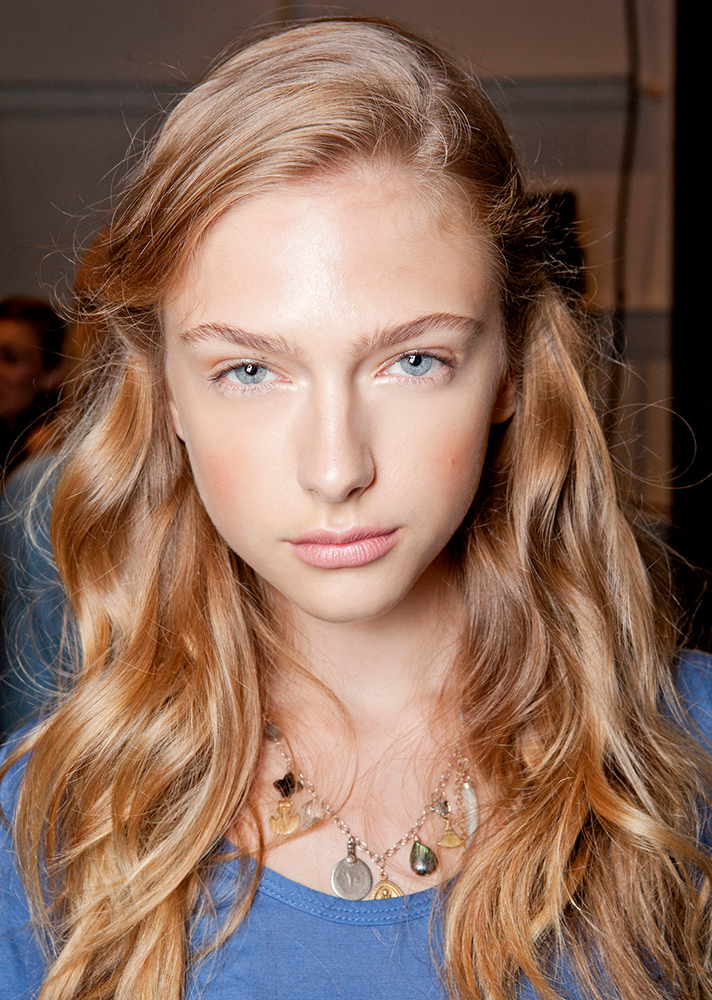 Two days post-treatment, things weren’t much better: A dozen of tiny pimples popped up. Chiu told me that when the skin undergoes healing, it sends a lot of signals that can sometimes create more keratin production, which can lead to clogged pores, especially for those with oily skin—and by day five, my swelling was gone and zits had mostly healed, though my cheeks still look a bit ruddy.

Finally, six weeks later, my skin looked like what I had been envisioning: Its texture and tone were more even than I’d ever seen it, long-lived acne scars had disappeared and I glowed without a touch of makeup—not even tinted moisturizer. Just as I was enjoying the results— including 15 minutes of extra sleep thanks to a discarded foundation routine—I went back for more.

Chiu says at least two are needed for optimal results, though I couldn’t see how much better my skin could possibly look. I was wrong. Another six weeks later and my skin is healthier and happier looking than it’s ever been. What’s more, Chiu says that those with acne will also see their complexions clear, while older patients also reap the benefit of a more sculpted face, thanks to the treatment’s tightening effects. As for me, I no longer have to lay down a daily base of primer, foundation, concealer and setting powder. Instead, the only makeup I wear is the fun stuff—a bright lip here, smoky eye there; my complexion is illuminated with SPF alone. And while the effect won’t last forever (even ramped up collagen production slows down after a while) and the intensity of the treatment was more than I bargained for, I’m more than happy to be a card-carrying member of the radiant-without-makeup club, however long it may last.

Text Us to Book an Appointment

Natural Rejuvenation MedSpa™ is one of the best in terms of skin care and rejuvenation. We offer many different solutions for all your skin care needs.